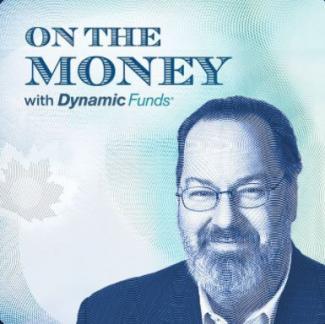 David Fingold: We Remain Optimistic on the Economy

David Fingold believes we are still in the early stages of an economy recovery. The stock markets are trading the way how they normally trade when were coming out of recession, cyclicals are beating defensives, copper beating gold, the yield curve is steepening, interest rates are rising, small caps are beating large caps, the international markets are showing signs of life after they were outperformed by the American market until the low in the bear market in the month of March so the market is acting the way that it normally acts in the early stages of an economic cycle. He believes were in an environment with really abundant credit and that’s a reason to be bullish. He’s bullish and he doesn’t see any red flags for the economy.

From an inflation perspective he doesn’t spend a lot of time thinking about inflation. He always invests in businesses that have pricing power so if his companies need to take a price increase they can and if there’s disinflation, if there’s deflation they get to hold their prices. Mr. Buffett said the most important attribute he looks for in a business that he invests in is pricing power. David Fingold agrees with him wholeheartedly.  If you have to have a prayer session before raising the price by a tenth of a cent, then you’ve a terrible business. David Fingold worked in operations and he had to be a price taker and he doesn’t want to be there again. This current fed really wants to bring discouraged workers back into the workforce.  You  could see that in the difference between the U3 employment rate and the U6 which is the broader measure. He believes  that they would like to see U6 a lot lower and they would like to see the participation rate a lot higher before they choke this off.  They’ve been trying to get to the 2 percent target for a really  long time.

David Fingold monitors credit very closely because it’s the best macro forecasting tool he’s got and because he believes the economy runs on credit. We are in the early stages of an economic rebound and as a generalization credit markets tend to improve almost into the later innings of the economic expansion. He feels like were in early innings at the absolute latest and that is the read that he takes off of credit. That also means that growth can be higher and should be higher because businesses and households have plenty access to credit. In fact looking at consumer credit statistics and the growth in consumer credit there is $10 or $12 trillion dollars worth of mortgages outstanding and just given where the population is there should be more like $15 trillion outstanding so there is plenty of room for consumer credit and business credit to expand.

Dynamic Funds recently just launched the Dynamic International Discovery Fund & an ETF, the Dynamic Active International ETF (DXIF). He’s been finding great opportunities outside of North America and has tilted more towards international names in the Dynamic  Global Dividend Fund & Dynamic Global Asset Allocation. He had strong weights in the U.S. at the start of 2020, took the Dynamic Global Dividend Fund from around 75 percent U.S. content to 45 percent by the end of 2020. He  believes the international markets are a good place to be given what is going on in the economy. He believes there are prospects for international markets to outperform at least until we get to the middle of the cycle.  Furthermore, almost every investor he talks to is very over weighted the United States, nobody wants all their eggs in one basket.  He  believes that when you get a bear market the US outperforms by going down less and then the baton is handed to international. He believes  that’s what happened last year. The reason why this happens is because the international markets contain more cyclical industries as an overall percentage of their market cap then the US markets do.  They  simply have more industrials, more energy, more financials, more materials so as a result its just a more cyclical space in the international markets.

In terms of what’s keeping him from closing his eyes tightly at night right now. There’s lots of things that he’s worried about but they really aren’t the things we should be worried about.  Its  very difficult to accurately predict what the problem is going to be so he doesn’t  know anybody who predicted 9/11 or the 1st or 2nd Gulf  War or predicted COVID.  He knows people sometimes predict things repeatedly and then finally get them right. Roger Babson did predict the Great Depression, it was the 4th or 5th time he predicted it that he was right. There will always be something else to worry about next year and the year after. If it’s not murder hornets, a meteor, another pandemic, North Korea, or Alien attack, there will be something else to worry about

In conclusion, he’s an optimist because he never met a rich pessimist and if your optimistic and you’re conservative and you hit a bump in the road, you pick yourself up, you brush yourself off , and you move on without suffering permanent damage. Pessimism only works in the short term.

The comments contained herein are a general discussion of certain issues intended as general information only and should not be relied upon as tax or legal advice. Please obtain independent professional advice, in the context of your particular circumstances. This article was produced by Advisor Stream for the benefit of Rick Irwin, Financial Advisor at Trinity Wealth Partners, a registered trade name with Investia Financial Services Inc. The information contained in this article does not necessarily reflect the opinion of Investia Financial Services Inc. and comes from sources we believe reliable, but we cannot guarantee its accuracy or reliability. The opinions expressed are based on an analysis and interpretation dating from the date of publication and are subject to change without notice. Furthermore, they do not constitute an offer or solicitation to buy or sell any securities.
Mutual Funds, approved exempt market products and/or exchange traded funds are offered through Investia Financial Services Inc. Commissions, trailing commissions, management fees and expenses all may be associated with mutual fund investments. Please read the simplified prospectus before investing. Mutual funds are not guaranteed and are not covered by the Canada Deposit Insurance Corporation or by any other government deposit insurer. There can be no assurances that the fund will be able to maintain its net asset value per security at a constant amount or that the full amount of your investment in the fund will be returned to you. Fund values change frequently, and past performance may not be repeated. Investia is not liable and/or responsible for any non-mutual fund related business and/or services.
Life Insurance related services and products are provided through PPI.