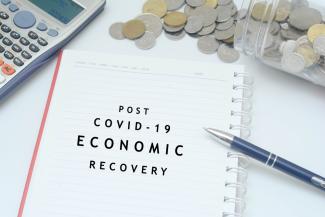 As we head into the closing stretch of the year, it is looking fairly certain that 2020 will end up being an overall decent year for globally diversified investors. This is perhaps not what one would have expected back in March and April when investments were plummeting in value during the initial surge of the pandemic and the global economic lockdown. The Toronto stock market, as of time of writing*, is up only 2% for the year but the broad US stock market, as measured by the S&P 500, is up over 12%. The tech-heavy NASDAQ market is up a whopping 36%, reflecting the tremendous gains experienced by a handful of large technology stocks like Amazon that saw their business dramatically increase as a result of the shutdown and stay at home restrictions. Overseas, things are a bit more mixed, with the broad European market down 5%, and the Brexit-embroiled UK market down 15%, and Asia, led by China, has performed better with gains hovering around 10% in most cases.

Although returns broadly based (Canada and Europe being the exceptions) have been fairly solid so far this year, they have been massively concentrated in a handful of stocks worldwide. Whether it’s the work-from-home group (Zoom, Docusign); on-line shopping benefactors (Amazon and Canada’s Shopify); or the live-more-digitally theme (Peloton, Roku), companies that enabled the world to function in a more digital way thrived during the worst economic shock since the Great Depression. And it wasn’t just technology companies that benefitted from this winner-take-most environment. Large box stores like Wal-Mart, Costco and Home Depot saw sales soar as these “essential service” businesses thrived while workplace power lunch outings became brown bagged meals from home, and vacations turned into deck and garden repairs. COVID saw the divide between Main Street and Wall Street grow even wider; something that may eventually begin to be addressed once the dust settles from the pandemic.

Looking forward to 2021, and the hope of more economic, political, and societal normalcy, the extreme volatility that characterized 2020 will hopefully be lessened. Markets had been setting up for a potential “blue wave” scenario whereby the Democrats would have had control of all three levels of government. The fear was that an unchecked Democrat-led government, potentially influenced by the more radical left-wing elements of the party, may have been able to enact sweeping regulatory reforms, corporate tax increases and broad-based environmental reforms. Instead, it appears that there is a divided government, with Republicans holding on to the Senate. This “checks-and-balances” scenario has historically been the best backdrop for financial markets, and Biden’s pick of very widely respected former Fed chief Janet Yellen as Treasury secretary has instilled further confidence that a Biden-led government is necessarily be bad for stocks. In fact, the US stock market** had its best U.S. election week since 1932, gaining more than 1% daily for four consecutive days.

With the outcome of the US presidential race now determined, and the hope that a strong “second wave” of stimulus will come from the federal government very early in the new year, we can look with cautious optimism towards 2021.

Taking lessons from the year that was, we can once again be reminded that it's very difficult to try and time the market. Looking back, the best course of action to take in response to the pandemic was to simply do nothing and stick to one’s long-term investment strategy and ride out the storm. Cashing out during what was, admittedly, a very trying time back in the Spring would have meant you likely missed a large part of what was the fastest market recovery in history. Similarly, placing bets ahead of the election proved not to be productive, nor will speculation on the timing of vaccine deployment. Financial markets are incredibly complex systems, and while in the short term they indeed make knee-jerk reactions to current events, particularly unexpected ones, for the most part they can take a longer-term viewpoint and look through current crises to take the view that things won’t always be bad forever.

One thing is fairly certain as we head into 2021: it won’t look much like 2020, and it’s likely that diversified portfolios will do better than in 2020 when market leadership was incredibly concentrated. The promising vaccine announcements from Pfizer and Moderna prompted a selloff of U.S. technology and other growth stocks that had soared in recent months. Some investors are now shifting their focus from high-flying technology stocks that benefitted from the shift in norms related to the pandemic toward more traditional firms that may currently be undervalued, such as industrials and financial services.

The best-performing stocks and sectors can change drastically over short periods of time, making it difficult to predict the winners and losers. We have worked together to protect your portfolio and mitigate risk by broadly diversifying your investments – ensuring that all your eggs aren’t in one basket. Proper diversification helps in achieving more consistent returns over time and reducing overall investment risk, giving you a smoother ride and helping you stay committed to the journey of reaching your financial goals.