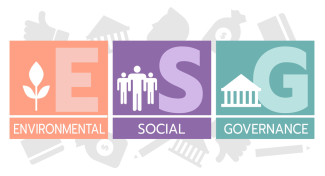 In the world of active ownership, it feels like the ground has shifted. Several things happened in 2021 that turned environmental, social and governance (ESG) issues into front-page news in a way that will make it hard to sideline these topics ever again.
So what were the big engagement topics in 2021?

First, 2021 will go down in history as the year that net zero moved from being an interesting notion to table stakes for any company. Both Canada and the U.S. inaugurated leaders who campaigned on ramping up climate-related action. COP26, the UN climate change conference, helped cement the notion of net-zero emissions, which means committing to remove as much carbon from the atmosphere as we emit. Even before COP26, many companies began taking a hard look at the long-term sustainability of their business models. We saw much movement toward the goal of reaching net-zero emissions by 2050—a target that quickly gained traction among individual investors, too. This ambition represents a monumental shift in investor expectations at every level.

At this point, net zero for most companies remains a commitment only. The details of how to achieve it are still to be worked out. But the fact the concept of net zero has so quickly gained traction gives our corporate engagement team a much stronger starting point for dialogue with companies on their targets and plans to achieve them. This shift will allow us to focus on ensuring that near-term 2025 and 2030 goals are both ambitious and practical enough to demonstrate the seriousness of net-zero commitments. For instance, five of Canada’s largest oil companies committed to the Oilsands Pathways to Net Zero this spring, and a sixth has joined since then. Consequently, our conversations with companies in this sector are now grounded in society’s need to transition—talking about “how” and “when” instead of “if.”

Second, this year saw the continued attention and prioritization of social issues, the S in ESG—but with a twist. In the first year of the pandemic, there was tremendous focus on the health and safety of human capital. Storefronts, politicians and lawn signs praised front-line workers for putting their health at risk, and corporations extended “hero bonuses” to employees who continued to work before vaccines were even available. But when bonuses were rolled back later in 2020, the discourse shifted to what constitutes a fair wage.

As a result, 2021 saw the rise of a phenomenon known as the “great resignation.” Workers who had been laid off during the pandemic re-evaluated their working conditions and career goals. When pandemic restrictions lifted, many chose to resign and seek alternative employment avenues. Now labour markets are tight and worker shortages abound. Major retailers such as Walmart and Amazon have responded with wage increases. These conditions present a great opportunity for companies that intentionally lean into social issues. By supporting and developing their workers, they can both strengthen employee retention and improve their ESG performance.

Third, who can forget the drama of the little engine that could—and did? Engine No. 1 is the small hedge fund that campaigned for change at ExxonMobil and succeeded at ousting three of its directors in a proxy battle. It was the first proxy campaign at a major U.S. company that centred on shifting toward climate action. It’s monumental to think that the need for targeted action on climate change crystallized as an issue for a broad base of investors, and it wasn’t the only successful proxy battle in 2021.

We seem to be at an inflection point for ESG-related shareholder proposals. Over the past year, we’ve seen more majority-supported proposals than ever before. The surge in shareholder proposals speaks to growing support for ESG issues among mainstream investors. It also serves as a wake-up call for companies: when it comes to addressing shareholder concerns on ESG issues, boards must listen or face the wrath of the majority vote. In some cases, management is leaning into supporting proposals where it agrees with the need to act on certain ESG issues. Earlier this year, a shareholder proposal at the TMX Group—which in a commendable but rare instance received management backing—sought to enhance disclosure on efforts towards Indigenous reconciliation. The company reported that the proposal received support from an overwhelming 98% of shareholders.

While not exhaustive, this quick rundown captures how the ground has shifted with respect to corporate engagement. As we look ahead to 2022, we anticipate another eventful year. Governments, standard setters and securities regulators are all working on initiatives that will factor climate considerations in an ever greater way, and will make consistency and transparency within the ESG space a priority. But one thing that stands out from the previous year is the pivotal role that investors played in bringing climate change and social issues to the table—and the role they can continue to play in holding companies accountable on a wide range of ESG issues.

The comments contained herein are a general discussion of certain issues intended as general information only and should not be relied upon as tax or legal advice. Please obtain independent professional advice, in the context of your particular circumstances. This article was produced by Advisor Stream for the benefit of Rick Irwin, Financial Advisor at Trinity Wealth Partners, a registered trade name with Investia Financial Services Inc. The information contained in this article does not necessarily reflect the opinion of Investia Financial Services Inc. and comes from sources we believe reliable, but we cannot guarantee its accuracy or reliability. The opinions expressed are based on an analysis and interpretation dating from the date of publication and are subject to change without notice. Furthermore, they do not constitute an offer or solicitation to buy or sell any securities.
Mutual Funds, approved exempt market products and/or exchange traded funds are offered through Investia Financial Services Inc. Commissions, trailing commissions, management fees and expenses all may be associated with mutual fund investments. Please read the simplified prospectus before investing. Mutual funds are not guaranteed and are not covered by the Canada Deposit Insurance Corporation or by any other government deposit insurer. There can be no assurances that the fund will be able to maintain its net asset value per security at a constant amount or that the full amount of your investment in the fund will be returned to you. Fund values change frequently, and past performance may not be repeated. Investia is not liable and/or responsible for any non-mutual fund related business and/or services.
Life Insurance related services and products are provided through PPI.